This research was aimed atfinding out the improvement in  essay writing skill in Scientific Writing course among the students of Elementary School Teacher Department of class G  in semester VI  in the academic year  2015/2016 after implementing Qauntum  Learning  with Mind Mapping Strategy.  This study used classroom action research design that was  done gradually in multicyles. Each cycle consisted of planning, action, observation/evaluation and reflection. This study was done at Jurusan PGSD, FIP (Elementary School Teacher Department, Faculty of Education), Undiksha in the odd semester in the acacemic year  2015/2016 from April to November. The subjects  were  the students of class G in semester VI at Elementary School Teacher Department, Faculty of Education with the total number of 43 students.  The data  on  the students’  essay writing skill were obtained  by using  essay writing skill test. The result showed that  (1)  the mean score of  the students’ essay writing skill in cycle I was  73.4, in cycle II it reached  81.5, (2) the number of students  who belonged to  “good” and “very good” categories  in cycle I was only 58.5,  in cycle II it reached 88.4%, and (3) based on  the computationi of  gain score it was found that the improvement  in  the students’ writing skill was  0.333, falling into  “average” category. It can be concluded that  the implementation of  Quantum Learning with Mind Mapping Strategy could improve  essay writing skill of the sudents in class G in semester VI  in  Elementary School  Teacher  Education Undiksha in the academic year 2015/2016.

Authors who publish with the Jurnal Pendidikan Indnesia agree to the following terms: 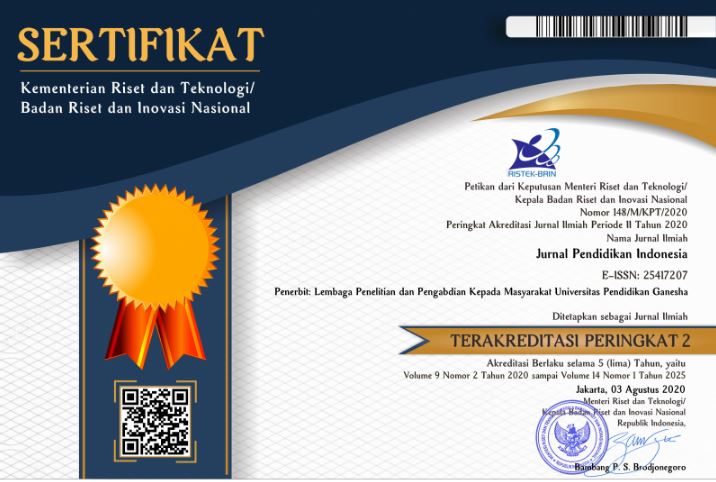 *) Jurnal Pendidikan Indonesia (JPI) is Accredited by The Ministry for Research, Technology and Higher Education (RISTEKDIKTI) 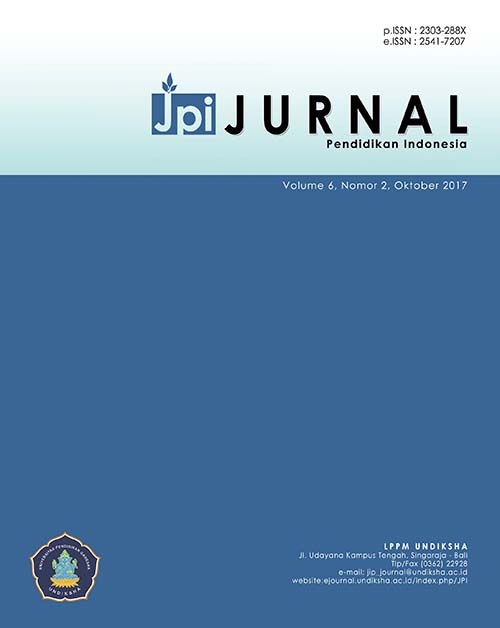